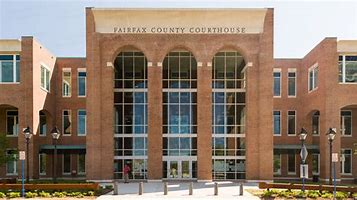 “Not guilty” was my idea when I went into the Fairfax County Court this morning, but as I observed the people before me, I learned that I needed to plea “guilty” and then the judge would ask me if I wanted to give a statement.  Otherwise, I would have to promise that I was telling the truth, and the truth of it is, I was guilty, and I knew it.

So what horrible crime did I commit???

Every two years I receive my car registration information in the mail, I renew my Madza, and then I put the stickers on my license plate.  I’ve been doing this, as well as driving the speed limit and obeying the other posted signs, for the last 25 years. (Well, you’ll understand if I sometimes drive 5 over, and bang an occasional u-ey, right?)

But this year, I did not receive the registration information in the mail and I didn’t notice that the stickers on the license plate were expired.  And they were expired for 6 months.  Oops!

So one day I needed to drive to Caleb’s school to drop off his bike.  It must have rained the night before.  As I was driving down Rolling Road, two police officers on motorcycles turned at the light and were driving behind me.  Of course, I painstakingly drove the speed limit, and not a tiny bit over.

As I turned onto Forrester Blvd, the lights started flashing, so I pulled over.  What?  Me?  Yes.  Me.  The police officer pointed out that I had expired stickers, and I was SHOCKED!  I pointed to my inspection sticker on my window, but he kindly explained that those were two different things.  (Which I know!)  He was probably thinking that I was pretty ditzy.  And on top of that, the most recent registration paper in my glove compartment was from 2013.  Why not hold onto the old one instead of putting the new one in there?  What does it matter?  It matters.

I was still completely dumbfounded that I had failed to renew the registration.  I’ve never, ever, ever done that before, and I’m usually pretty paranoid about it.  I searched the internet to see if it was recorded on the DMV’s website.  And you know what?  I didn’t do it!  So, I quickly went to the gas station and got it done.  The inspector showed empathy and got it done quickly.

When I got home I started to fill out the paperwork to send to the court.  It was going to be $87 with processing fees on top of my fine.  You can’t pay with check.  Only credit or debit, and that’s an extra 4% fee.  I couldn’t find the correct address for my ticket, so I decided that the safest thing to do was pay it over the computer.  Daniel helped me find the place where I would find my ticket, and it wasn’t listed yet.  All of this happened in September.

Fast forward to November.  November 17th, to be exact.  As I was looking at the kitchen calendar to see what was going on during the coming week, I saw it…  “court?” was written on Monday, November 18th.  WHAT???  Daniel checked to see if he could pay the ticket online, but the deadline was Friday.

Well, I guess I was going to court!

I arrived at the same time as everyone else. We all poured into the parking lot at the same time, and went through security at the same time.  The security guards certainly made us feel like criminals.  I brought a thermos of coffee in with me.  The security guard made me take a drink of it right in front of him, I guess to prove that I didn’t have poison in it, or acid???  Anyway, when he told me that, I let out a quick laugh, thinking about the ridiculousness of me acquiring something like poison or acid or a bomb.  He didn’t appreciate it.  I wasn’t starting the morning at court in a good way.

After asking what room to go to, I made my way to the Traffic Court Room.  I sat next to a nice looking girl near the back.  We struck up a little friendship.  Quietly, though, because we had to strain to hear our names being called.  And if you missed your name, well…

There were lots of people before us.  The judge wasn’t letting anyone go without paying some kind of fine.  And why should he?  We were all guilty.  There were two people who said that they didn’t see school busses stopped, one man was fined with reckless driving (82 in a 55).  He had two prior offenses (one being reckless driving) so his license was taken away.  But… he apparently didn’t have his license, so…

My friend had the best case, in my opinion, of getting off without a fine.  But, she was found guilty as well.

It was my turn.  I stood up and plead guilty.  My statement was that I was surprised that I had received a ticket instead of a warning because I had a perfect driving record and had always done the required inspections, etc…  The judge seemed surprised that I thought that.  “It was six months expired.  You don’t think that requires a ticket?”  I knew to just agree and not argue.  That would be pointless.

As I was thinking about it, I was a perfect sermon illustration this morning.  I dressed nicely to try to impress the judge:  Pearls, sweater dress, tall boots, cute tights.  (My court friend commented on my tights.)  I tried to explain that I was a good driver.  I had a perfect record for 25 years.

But…  The judge declared me guilty.  No matter how I looked on the outside, no matter what good things I had done, I was guilty, and that deserves judgment.

The judge didn’t step in and pay my fine.  He didn’t declare me innocent.  It was a little shocking to go before a judge and not receive grace, because I’m so familiar with a holy God, who sits in His judgment seat, and declares me innocent.

Romans 3:22-26:   This righteousness is given through faith in Jesus Christ to all who believe. There is no difference between Jew and Gentile, for all have sinned and fall short of the glory of God, and all are justified freely by his grace through the redemption that came by Christ Jesus. God presented Christ as a sacrifice of atonement, through the shedding of his blood—to be received by faith. He did this to demonstrate his righteousness, because in his forbearance he had left the sins committed beforehand unpunished—  he did it to demonstrate his righteousness at the present time, so as to be just and the one who justifies those who have faith in Jesus.

This is a text widget, which allows you to add text or HTML to your sidebar. You can use them to display text, links, images, HTML, or a combination of these. Edit them in the Widget section of the Customizer.
%d bloggers like this: